What only billionaires can admit.

It is within our human nature to claim credit for all the good things that happen to us (status, wealth, success, etc.) and to some extent blame destiny for any misfortunes that befall us.

However, it would be more logical to apply the provisions of physics – or metaphysics for this purpose – to both success and failure; but as I mentioned, human nature gets in the way of that.

We, the salt of the earth, have always been in awe of those who break the stratosphere of possibility to reach phenomenal success and wealth; digging into the “logical” steps of those mavericks in search of characteristics we can mimic, admire, or just quote.

As we monitor every word uttered by those “visionaries”, we omit the aspect that only they – comfortable in their indisputable status and boundless wealth – can admit; the X-factor that connects the series of events leading up to great achievement or wealth. You guessed it, luck!

The Virgin billionaire, pun intended, Richard Branson once wrote “I believe that luck is one of the most misunderstood and underappreciated factors in life.” Even the late great Steve Jobs, who never shied away from attributing all greatness to his own genius, let slip that he was “very lucky in his life.”

It would be naïve to assume that lucky people don’t put in the work, they do. The difference between them and the rest of us is that it pays off in folds unimaginable to the average Joe. Yes, life does have its own mystical algorithm. “I got really, really lucky. And life isn’t fair” says Evan Spiegel of his Snapchat success.

Some of the books on the subject serve only to fuel the debate on the concept of luck. Writers ignite our curiosity but hardly shed light on how this invisible force really works. We have to admit, however, that the confessions of high-achievers do keep the discussion alive.

Bruce Halle, the billionaire founder of Discount Tire, made a direct comparison between luck and genius: “We were just lucky. And it’s sometimes better to be lucky than smart.”

Bill Gates frequently named luck as a facilitator of his rise to prominence. The younger Mark Zuckerberg, however, may have addressed the issue in bolder terms. Zuckerberg said “You don’t get to be successful like this just by being hard working or having a good idea. You have to get lucky in today’s society in order for that to happen. And that, I think, is a huge issue.”

Please do let us know when it’s no longer an issue Mark. 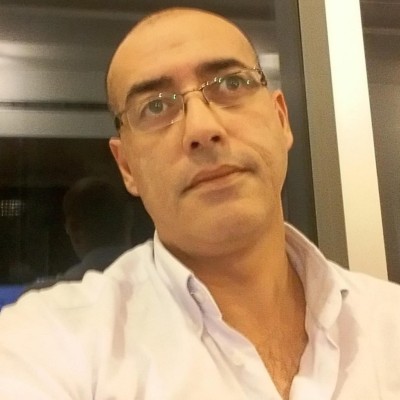 Bilingual content curator and creative director who headed creative departments in 4 multinational agencies, positioned mega brands in the MENA region, delivered major successful campaigns to clients in various industries across the region, and continues to advise brands in the GCC while he works on developing creative content for household names in Jordan.
raed.aidi@gmail.com
http://www.raedaidi.com

Bilingual content curator and creative director who headed creative departments in 4 multinational agencies, positioned mega brands in the MENA region, delivered major successful campaigns to clients in various industries across the region, and continues to advise brands in the GCC while he works on developing creative content for household names in Jordan.
raed.aidi@gmail.com
http://www.raedaidi.com
Close
Menu

Be Tremendous. You are the real power behind it all

It’s Not Time To Reimagine The Future Yet